When looking at for inexpensive cameras, it can be tough to find one that is both affordable and takes photos better than your smartphone. Many point-and-shoot cameras cost over $500, which can be hard to justify when you just want to take a few pictures. The Nikon Coolpix L840 might be the solution for those looking for something between an expensive DSLR and a basic point-and-shoot.

Read on for our review of the Nikon L840 where we look at it’s best features, break down the specs, go over pros and cons, and finally compare them to similar models on the market.

Overview Of The Nikon Coolpix L840

Not quite a point-and-shoot, not quite a DSLR, the Nikon L840 is a mid-range camera that comes with a wide zoom and an above-average battery life. With a 38X wide optical lens with lens-shift vibration reduction, the Coolpix L840 has an advantage over many point-and-shoot cameras in its price range. It features a clean control scheme that is fairly simple to use, and doesn’t require much configuration to get set up. This means you can start shooting almost immediately once out of the box. 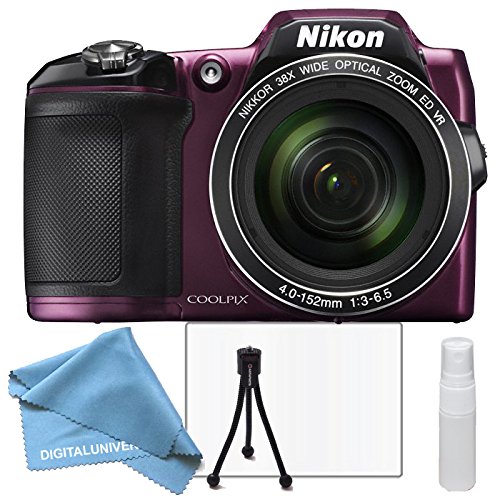 The battery power is fairly impressive, and can last a few hours of straight shooting before running out. The Coolpix L840 runs on easily accessible AA batteries, so there’s no threat of not having enough battery life to get through your shoots. This makes it a great camera for travel, as you won’t need to worry about where to plug in your camera.

The Coolpix L840 has a lot of modern features that help set it apart from other models on the market. One of the most prevalent is the ability to connect to Wi-Fi and NFC devices, which allow you to easily send and share your photos onto your computer or smartphone. You can also use your smartphone as a wireless remote, which lets you change camera settings and can even show you a live view of what the camera will capture.

The Nikon Coolpix L840 utilizes a 38x optical zoom lens, an upgrade from the 34x on the previous L830 model. While this isn’t the largest zoom currently offered on the market, it’s a great size for the L840’s mid-level price range. While full zoom may cost you in image quality, the L840’s wide lens is a clear step above your traditional point-and-shoot digital camera. It also offers an additional 4x digital zoom, so you can see details close up.

If you’re spending the money on a new camera, you’re going to want to make sure it takes better images than your smartphone. With 16-megapixels, the Nikon Coolpix L840 blows modern 12-megapixel cellphone cameras out of the water. This means you can take cleaner, larger photos with without having to sacrifice image quality.

One of the most interesting features of the Nikon Coolpix L840 is its ability to connect to WiFi. Using the NFC sensor, you can quickly send photos onto your smartphone for easy sharing. Downloading the SnapBridge app will allow you to utilize your smartphone as a remote shooter with various camera-setting functions. It can also serve as a gallery of your photos that can be downloaded at any time.

The lens-shift vibration reduction helps keep the camera steady when shooting to minimize blur in a shot. This feature is built directly into the Nikon Coolpix L840’s lens, allowing it to automatically correct lens blur before taking the photo. This also helps with photos in low light, which require a slower shutter speed to capture correctly. The lens-shift vibration reduction also works to help stabilize a moving subject.

The Nikon Coolpix L840 has a wide range of shooting modes, including a bundle known as scene modes. These modes automatically change the camera settings to fit 18 different photo scene settings. These include popular choices found in cameras today, such as Portrait, Sports, Landscape, Beach, Close Up, and Sunset. It also features some unique modes, including Fireworks, Moon, Museum, Back Light Auto, and Bird Watching.

The Short Movie Show mode allows you to create a short movie up to 30 seconds long. In Short Movie Mode, the Nikon Coolpix L840 captures and compiles short clips together into one smooth video. You are able to choose the number of movie clips the camera records, add special effects to each individual clip, and finally add background music to your short movie. These movies can be sent to your smartphone via the Wi-Fi connectivity to later be shared on social media.

Nikon L840’s Smart Portrait System will automatically adjust the camera settings for the ideal portrait shot. When in Smart Portrait mode, the L840 is able to detect faces in the shot, and will automatically adjust several features including red-eye, skin softening, blink detection, smile timer, and more. This greatly improves the quality of portrait shots, and reduces the need for post-shoot edits.

The Glamour Retouch is a tool found in the Playback menu that allows you to go back and retouch a photo right from the camera screen. Similar to the Smart Portrait mode, the Glamour Retouch auto-detects faces and gives the photographer 12 editing tools to choose from. The Glamour Retouch options include: mascara, lipstick, eye shadow, face powder, glare reduction, small face, hide eye bags, redden cheeks, whiten teeth, whiten eyes, brighten faces, and big eyes.

Image quality is not the strong suit of the Nikon Coolpix L840, as it only has a tiny image sensor to process photos. While it looks similar to a DSLR camera, it is actually closer to a typical compact camera when it comes to photo clarity. Photos taken in daylight are the best, and typically come out with vibrant colors and controlled exposure. However, zooming in on a distant subject seems to create considerable blurring. Shooting a scene with dim lighting can also cause some image clarity due to the camera’s automatic noise reduction setting.

The Nikon Coolpix L840 MSRPs for $299 new, but can also be found used or refurbished online for a fraction of the price. 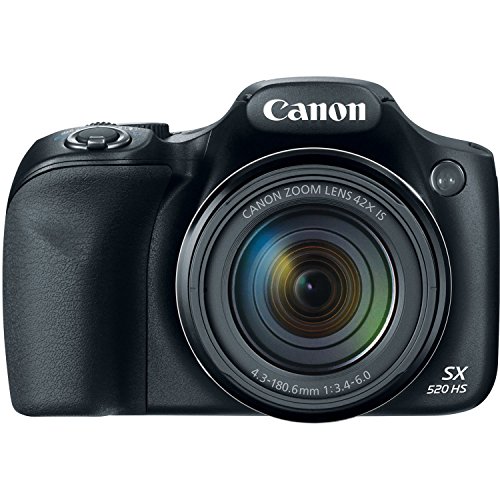 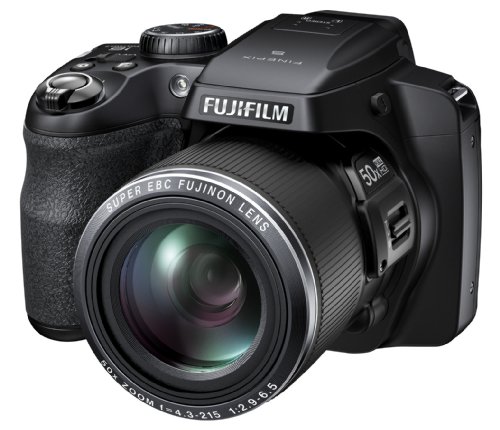 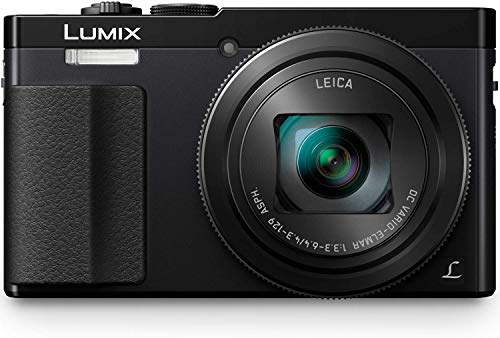 Although the Panasonic Lumix DMC-ZS50 has a smaller 30x lens and a 12-megapixel sensor, it has a surprising amount of image quality. This can be attributed to the RAW support on the Lumix DMC-ZS50. The RAW file format has the ability to capture all image data, without having to compress it like a JPEG format. RAW images are the highest quality of photos you can capture, and let you process the pictures yourself for better results. The Lumix DMC-ZS50 also features AE bracketing, time-lapse recording, and an electric viewfinder. The Nikon Coolpix L840 does beat out the Lumix DMC-ZS50 in battery life and zoom, and has a faster shutter speed.

The Nikon Coolpix L840 may look like a professional DSLR camera, but it’s much more suited as a beginner point-and-shoot. What the Coolpix L840 lacks in quality, it makes up for with its extensive range of features and zoom capabilities. Its FullHD movie mode and pop-up flash make it a well-rounded mid-range camera, perfect for beginners or those looking to snap some pictures on a vacation. Professional photographers may want to look for other options, as cameras that take higher quality are only a few hundred dollars more.

Best Cameras for the Money is a participant in the Amazon Services LLC Associates Program, an affiliate advertising program designed to provide a means for sites to earn advertising fees by advertising and linking to Amazon.com.